African Expertise Key to Stopping Ebola – Then and Now 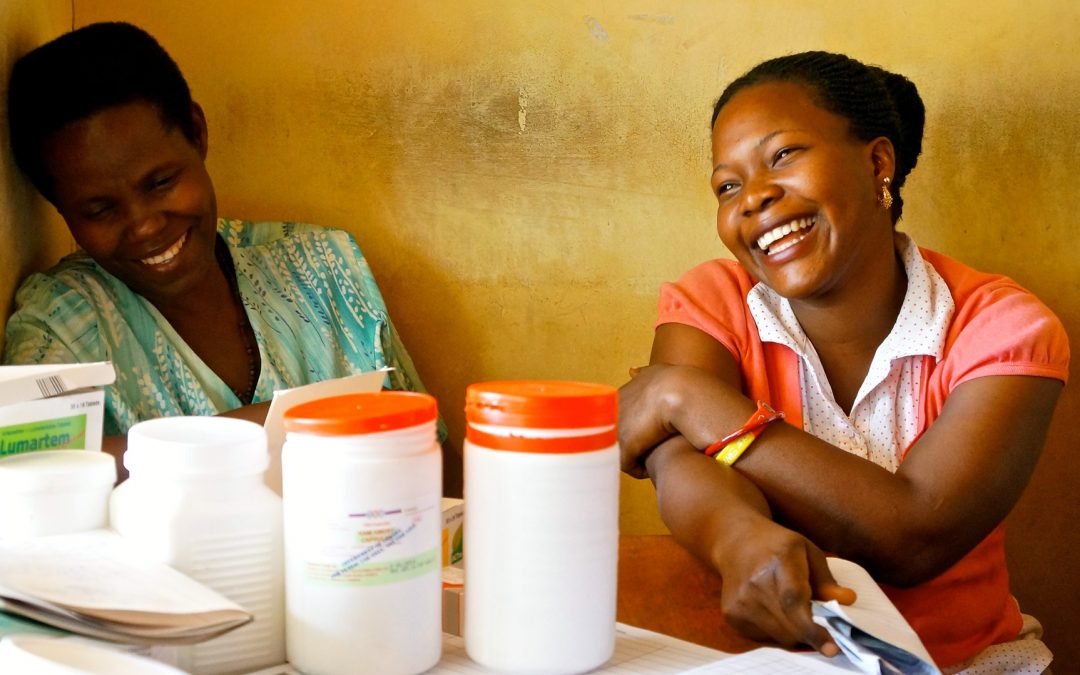 An Ebola outbreak in the eastern part of Democratic Republic of Congo (DRC) is once again straining Africa’s medical resources.

Prospects for progress are due in large part to  lessons learned from the 2014-2016 outbreak in West Africa, which caught global health officials off guard and killed 11,000 people. One lesson that became clear was that foreign expertise cannot protect African communities from Ebola or other outbreaks of infectious disease. African health capacity and expertise is essential.

I was a member of the EpiAFRIC team that evaluated the response of the African Union (AU) to the West African epidemic. The AU had recruited over 800 volunteer medical experts from across the continent to combat the epidemic raging across Guinea, Liberia and Sierra Leone. In its wake, we travelled extensively through the affected areas, interviewing medical personnel, community leaders and people who had lost loved ones to the disease.

In Guinea, we found that 84 percent of AU volunteers were from the DRC, which had already dealt with eight Ebola outbreaks of its own. One doctor told us how they had turned around a desperate situation. The AU team was volunteering at an Ebola treatment center built from scratch, only to have it sit empty. At the height of the epidemic, families kept the sick and dying home, even as the disease spread.

Then, one day, a desperately ill woman was carried to the center. Despite her dire condition, the doctor believed she could be saved. He rallied the medical team to provide the best possible care – medication, food, hydration, compassion – and the woman slowly recovered.

It was a turning point. People began to bring their loved ones to the center. And when they did, they saw health workers who looked like them. They were not foreigners, but Africans who understood their cultures, who delivered expert care and who they could trust.

It was clear to me that African capacity and expertise were crucial to containing and ultimately ending the worst Ebola outbreak in history. Today, the head of the AU’s 2014 Ebola medical mission is on the ground fighting the outbreak in the DRC. The World Health Organization has also mobilized quickly to contain it.

Yet, even such an urgent response may not prevent another Ebola disaster—either with this outbreak or with the next. What we need is not only boots on the ground when a crisis hits, but greater African health care capacity embedded into our health systems.

Although there were early signs that the rapid response to the current DRC outbreak is helping to contain its spread, the World Health Organization worries about complicating factors such as security for health workers – including vaccinators – in an area of conflict.

Prevention is the best solution. The best way to build preventive capacity is through implementation of Universal Health Coverage (UHC).

UHC removes financial barriers to quality healthcare and encourages equity. It means that individuals and communities can receive the basic health services they need, without economic hardship. It includes the full spectrum of essential services: health promotion, prevention, treatment, rehabilitation and palliative care.

Of course, it will be costly. But in the end, it will not only be life-saving, but also cost-saving. African governments and the global health community spent  over US$3.6 billion  to end the West African epidemic and hundreds of millions of dollars more are now being directed to the current epidemic in DRC.

Although DRC is a member of the  UHC2030  Partnership, the government must show enough political will to take UHC to impoverished rural communities.

The first known case of the 2014 Ebola outbreak was a child in a poor, remote village in Guinea. If this infected child had had access to a clinic or hospital, medical personnel could have taken a laboratory sample,  identified the disease and initiated treatment. They also could have reduced Ebola’s spread by identifying contacts of the boy and providing continuous information on good basic health practices, such as hand washing and hygiene.

This is how things work in countries with UHC – including the United Kingdom (UK), Rwanda, Thailand, Japan and China.

In the UK in 2015, UHC enabled medical professionals to quickly identify a cluster of tuberculosis  within immigrant communities, treat those infected and prevent its spread.

Rwanda is one of the few African countries with UHC. Today, more than 97 percent of infacns in Rwanda are vaccinated against infectious diseases such as measles, polio and rubella, keeping cases close to zero.

Achieving UHC may seem like a Herculean task, but experience in countries as diverse as Rwanda and the United Kingdom show that it works. And, in addition to preventing and containing dangerous outbreaks, UHC could help keep them from becoming global pandemics. Today, an undetected pathogen can travel from a remote village to major cities across the world in less than a day.

The DRC has declared its intention to put in place UHC. Egypt and a growing number of other countries have done the same. To make good on those intentions, countries and their global partners must identify appropriate financing mechanisms that would provide the safety nets needed to strengthen health systems and prevent the emergence and spread of infectious diseases.

The original article was first published in AllAfrica.